The Royal Seminary of Bergara: an innovative force

The Royal Seminary of Bergara has always been a driving force in the vanguard of innovation. Bergara has stood for modernity and innovation since at least the end of the 16th century, and has always retained a focus on developments and new ideas emerging from in order to understand and incorporate these into its own work.

The Royal Seminary of Bergara is the birthplace of science in the Basque Country. Throughout history, it has been one of the most important institutions within the fields of high-quality education and scientific research. 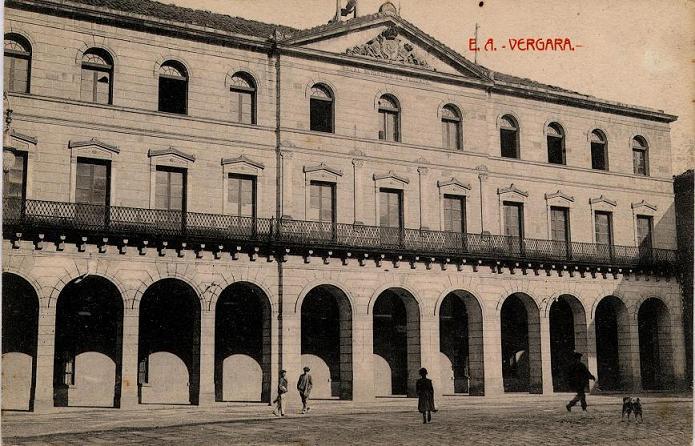 In support of this claim is the fact that in 1783, within the institution, a previously unknown chemical element called tungsten was discovered, and the method for making platinum malleable is also attributed to the Royal Seminary. The first Botanic Garden in Gipuzkoa was established by the Seminary as well as the first scientific mineralogy collection, and the first modern chemistry laboratory was installed in Bergara. The Seminary furthermore set up the first meteorological observatory, and the first for training engineers was in Bergara. The first herbariums and zoological collections for scientific purposes took shape in our institution, and let’s not forget that Bergara has been a university town since 1976.

In addition, the Royal Seminary is itself an extraordinarily robust and attractive monumental heritage, such as its monumental nci, its 17th-century temple which was designated as a monument, the illuminating scientific discoveries made here during the 18th and 19th centuries and the rich and vast historical scientific collection which the local Town Hall has restored.

The Royal Seminary provides Bergara with a powerful cultural and tourist element, one of the most important factors influencing development in the local area. Owing to its historical importance and the quality and uniqueness of its material legacy, the Royal Seminary transcends local boundaries to become one of the most important aspects of the history of Gipuzkoa and the Basque Country.

The institution in question emerged towards the end of the 16th century, although at that time it wasn't yet known as the Royal Seminary. In effect, at the end of that century the Society of Jesus founded an education centre in our district called the Collegium Vergarensis, commonly known as the College of the Society. Run by the Jesuits, and in addition to providing primary education (how to read and write, the four basic mathematical operations and the rudiments of the catholic doctrine, which would be equivalent to a basic level of education), the school also taught Humanities depth Latin, humanities and rhetoric; knowledge that would have been considered part of a secondary level education of the time). Nowadays it is normal to find more than one secondary-level education centre in large and medium-sized settlements. In the past, however, that wasn’t the case. It would be wrong to assume that all towns had a school or a Latin teacher. And not all towns were privileged enough to have schools run by the Society of Jesus, the religious order that became justly famous for its teachings in the field of Humanities. In that respect, it is illuminating to discover that during the 17th and 18th centuries the Jesuits ran no more than nine schools in the Basque Country.

The Society of Jesus gradually constructed the most significant parts of the building that we know today as the Royal Seminary. Between 1604 and 1630, after basing itself at several temporary sites, the Society erected the ‘New Quarter’ (the north wing of the rectangular building situated behind the Seminary’s church). They later build the temple which serves the entire network of buildings (between 1628 and 1677), and eventually the ‘Study House’, which was finished in 1679 and situated next to the frontispiece of the church, thus forming the plaza de Bergara. In 1767 King Charles III expelled the Society of Jesus from the kingdom, leaving the school in Bergara empty.

Final decades of the 18th century

The Enlightenment was the predominant philosophical movement during the second half of the 18th century. Enlightened thought centred on the human being and on reason, and considered the cultivation of knowledge and the expansion of education as essential to achieving social progress. Much importance was given to the experimental sciences during this period. Scientific academies were founded and Societies of Friends of the Country were set up. These were the Royal Seminary’s most glorious years. Following several preparatory years, the Royal Basque Society of Friends of the Country (Spanish acronym RSBAP) launched the ‘Royal Basque Patriotic Seminary’, which can be considered as the greatest practical achievement of the Enlightenment movement in the Basque Country. This education centre had a highly advanced study programme, and thanks to its impressive scientific facilities made a series of achievements which have become part of the universal history of science.

The Royal Seminary had top-class teachers and researchers who, in addition to carrying out fruitful research work, governed the teaching of experimental sciences: chemistry, mineralogy and metallurgy. The renowned French chemist Louis Joseph Proust, famous amongst other reasons for formulating the ‘law of definite proportions’, was the first professor of chemistry at the Seminary in Bergara. Thanks to him our institution’s Laboratorium Chemicum was planned and developed, one of the most important and well-equipped chemistry laboratories in Europe at that time. We should also mention Pierre François Chabaneau, also from France and the Seminary’s second chemistry professor. He holds an important place in the history of chemistry thanks to his discovery in Bergara's scientific facilities of the method for purifying platinum and making it malleable.

During 1781 and 1785 the renowned chemist and mineralogist Fausto de Elhuyar held the position of professor of mineralogy and metallurgy. Together with his brother, he used a chemical purification process to discover tungsten in the laboratories of the Royal Seminary of Bergara (1783). Further on we will discuss how the discovery of tungsten represented the crowning moment of the scientific work carried out in the Seminary. Finally, we must mention A. N. Thumborg from Sweden. A few years later he was also professor of mineralogy and metallurgy (1788 - 1794), and he rediscovered the method for purifying platinum and making it malleable. Although this achievement had been made years earlier by Chabaneau it was proclaimed secret by the King due to its strategic interest. 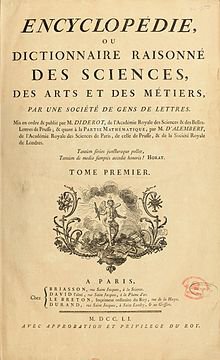 During the 19th century the Royal Seminary continued as a first-rate education and research hub within the Basque Country and certainly at a national level too. In fact, during the 19th century an for the training of engineers was set up in the Royal Seminary. It was the only engineering school in the Basque Country. In 1850 there were only four schools of its kind in the whole of Spain, located in Madrid, Barcelona, Seville, and of course in Bergara. The in Bergara was the direct precursor of the of in (founded in 1897).

The Royal Seminary was also highly important at a provincial level in Gipuzkoa. In the mid-19th century the Royal Seminary of Bergara became the first , and for decades was the only official institute in the province. During that century, the professors of the institute carried out scientific research in addition to teaching. The scientific books written in Bergara are testament to this, as well as the botanic garden and the first and only meteorological observatory in Gipuzkoa. At that time the Seminary housed highly important and well-stocked departments and scientific laboratories for work on chemistry, physics and natural history. But the Seminary’s programme during that period didn’t stop there - it also offered specialist studies in business and mathematics. Various works were carried out on the Seminary building during the 19th century. The most important of these took place during the 1860s, when the facade that we see today was constructed. 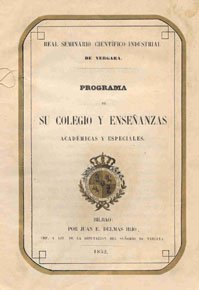 School of the Dominican friars

In the year 1880, when it was decreed that the running of the Royal Seminary would be passed to the Dominican friars, the Government decided to move the Higher Institute of Gipuzkoa from Bergara to San Sebastián. The friars had to set up a wider-ranging secondary school within the seminary with a series of special departments. This education centre soon became very well known, amongst other reasons due to its excellent scientific laboratories which had both education and research goals. Although the establishment of the Provincial Institute in San Sebastián represented the transfer of certain resources from the departments and laboratories in the Royal Seminary to the capital, the Dominican friars replenished them. They acquired modern instruments to complete the collection of pieces used for teaching physics and chemistry, and they greatly revived the natural sciences collections. These include the broad, complete and rich zoology department, which for several years witnessed an intense period of scientific activity. Links with European naturalists were re-established, and the department actively participated in the intense debate around the relationship between Faith and Reason, which at a European level was a spur to the spectacular scientific advances of the 19th century. The Dominican friars finished their teaching work in the Royal Seminary in 1972. Four years later Bergara became a university town. In Spring, the work carried out by the local association Promoción Cultural Bergaresa (Promoting the Culture of Bergara) and the management by the Town Hall culminated in the establishment of the Regional Associated Centre of the National Distance Learning University (Spanish acronym UNED). In October of the same year the governing body of said institution was officially created, and on November 4th 1976 the inauguration ceremony of the first academic course in the UNED centre in Bergara was held in the Royal Seminary.